Mobile Apps in the world of IoT

Sanford Systems > All  > Technology  > Mobile Apps in the world of IoT 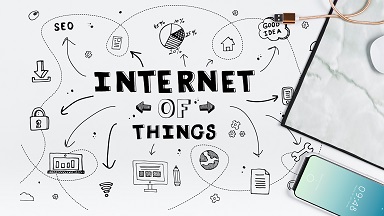 Mobile Apps in the world of IoT

With the growing tendency of connecting numerous types of devices to the World Wide Web, maintaining them using a smartphone cannot surprise anybody these times. The number of mobile apps for interaction with IoT has significantly increased over the last years and greatly influence the evolution of Internet of Things. We believe that mobile applications are one of the most significant factors in the rise of the IoT trend.

Mobile applications play a significant role in the Internet of Things. They are an interface that allows users to interact with IoT-enabled physical devices. Therefore, with the growing IoT market, the mobile app development also expands. In the close future, we’ll probably see the huge transformation of what people are used to in their everyday life. That’s why manufacturers should take into account some important things to benefit from the new technology direction.

IoT can facilitate in the development of mobile apps and thereafter creates newer avenues for utilizing apps within businesses, at all the levels acquiring real-time data and location-based services. In the future, it is estimated that Internet of Things devices may cross approximately 1.5 billion’s equipped reliably with wireless connectivity for providing the ease of access.

What is Internet of Things?

Internet of Things is simply the networking of mobile devices powered through communication sensors for enabling a smarter IoT Ecosystem. It should be powerful and capable of handling complex business and domestic operations ensuring to the development of mobile application solutions.

The Internet of Things is the concept of connecting physical devices to the Internet and/or to each other. This term includes a wide range of devices from home appliances to cars and even buildings forming a concept widely known as smart cities. Furthermore, IoT also includes components of various machines. An airplane-based jet engine, due to being connected to the Internet, can send performance data to a portable device in order to allow engineers to configure this engine or timely detect its defects. Gartner predicts that there will be over 26 billion connected devices by 2020. IoT is a huge network of connected devices that share numerous sorts of data.

Role of Internet of Things in mobile app development

The app user gets regular suggestions and personalization’s whenever accessing the IoT based mobile apps. It provides the latest of gateways for shoppers to buy trending products spontaneously without having to install an eCommerce Apps.

According to an analysis by Smart Insights, 90% of people spent time on mobile devices for mobile apps. No wonder, mobile apps have grown quite powerful and popular over the last few years and with time have started to influence the growth of the Internet of Things (IoT).

Thanks to the Internet of Things smart networks. Universally it connects with mobile apps to receive real-time push notifications which are mobile responsive and compatible for all the connected IoT devices. Further on in its successive attempts for mobile apps things get better and better thus enhancing the customer shopping experience incredibly.

Over a prolonged usage you can get instinctive phrases and slangs appearing over the screen for quickly including it to your text message without any errors or spelling mistakes.

2. The Shift in Focus

To stay above the threshold of competition and provide users with updated technology, it’s important to consider the factors that fulfil users’ expectation. The call of the market and the end user is kept on priority and app is developed keeping IoT factors in mind to ease the lifestyle of users.

IoT mobile apps can significantly increase the involvement of customers by offering impressive user experience as well as it helps the employees to work in a much more efficient manner. The network of IoT is designed in a manner that it simplifies and automates business processes, and this would certainly boost efficiency and productivity. With the integration of IoT technology, the mobile application development process becomes more user-friendly and offers convenience to the users so they can work way more efficiently.

IoT based mobile apps are built advantageously to have an additional tier of interface that would permit for a faster mobile app development. The terminology Internet of Things also justifiably states for the presence of interconnected mobile devices deployed across the cloud space.

It gives mobile app developers the path to draw up and become part of the colossal IoT ecosystems. In the future, definitely Internet of Things connectivity should include a lot of convenient apps present with efficient mobile app developments.

IoT allows an unprecedented amount of entry points that can be a threat to the security of the apps. It becomes easier for cybercriminals to exploit the data and make use of them in unethical ways. App developers need to be focused on enhancing their knowledge of cybersecurity to eradicate any possibility of cybercrime.

The Internet of Things with its vast encryption algorithms and app security have drastically improved in the way of how device’s interact and respond to end user when accessed. All forms of mobile app developments within the IoT Ecosystem is considered to be utmost confidential and unlimited for achieving effective data communications. It also strengthens to the level of user’s privacy maintained every time during mobile apps developments.

It’s important to focus on building an IoT entrenched mobile app that is safe, secure and user’s privacy is not hampered at any stage. Despite its weak security point, enterprises still look forward to exploring IoT in their respective field and areas.

Businesses have started to run IoT enabled devices ensuring to put an extra layer of security. Since, no enterprise looks for cyberattacks, security has always been the key discussion point in the development of applications.

The Internet of Things is a bigger IT Ecosystem that can offer a variety of benefits to every mobile app development partner’s world over. The vast availability of AR, VR and Machine Learning technologies for the user in building mobile app therein creates a single point of contact for successfully executing plans and accomplishing tasks all at once. It is now easier for developers to build IoT based mobile apps that are cost effective and time to marketable.

For example: Mobile app development companies reach out to Beacon technology (a technology embedded with IoT that is tied to a respective location. When a device that’s equipped with a specific app enters a predefined region, the beacon emits a signal. This signal emits information in the from a notification or alert on a mobile device) which facilitates the power of centralized appliances management from one single device at one location.

To give clearer picture, when a user enters his house, beacon technology in mobile apps emits signal and prompts notification or alerts to perform tasks like switch on lights, check security camera etc.

Overall the Internet of Things have proved to be a self-sustainable technology in the field of mobile apps developments leveraging in-numerous industries. Having all the points considered, it’s much apparent that IoT is one of the biggest digital revolutions in the technology industry! It was introduced when the users were looking for some advanced technology that understands their needs and increases their convenience. There is no doubt that the IoT in mobile apps has seen a rise in the market in all sectors.

Since mobile is the most convenient and handy device that is carried by almost all population, IoT has emphasized its importance in mobile devices simultaneously benefiting the businesses and app developers as well.